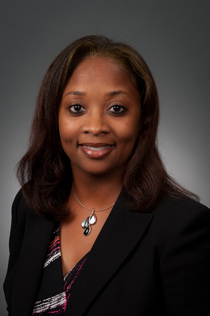 
The City Administrator is responsible for the day-to-day operations of the City of Smyrna, is charged with updating Mayor and Council on City business and makes policy recommendations as well as serves as appointing authority, studies and acts on complaints and is charged with presenting a balanced annual budget to Mayor and Council for approval.

The office of City Administrator is established and authorized in the City of Smyrna Code of Ordinances Chapter 2, Article III, Division 2, Section 2-96 thru 2-104.

Prior to joining the Smyrna staff, she served as the Assistant Town Manager in the Town of Berlin, Connecticut from 2006 to 2009. Her past work experience also includes serving as the Assistant to the City Administrator for the City of League City, Texas for six years.

Jones is an active member of numerous professional organizations such as the International City/County Management Association (ICMA) and the Georgia City-County Management Association (GCCMA). She is also an ICMA Credentialed Manager. Her accomplishments include being an internationally recognized graduate of the Leadership ICMA Program and a graduate of the Senior Executive Institute that is run by the Weldon Cooper Center for Public Service at the University of Virginia.

Jones earned a Masters degree in Public Administration from The Ohio State University in 1997 and received a Bachelor of Arts degree in English from Tougaloo College in Tougaloo, Mississippi in 1993.