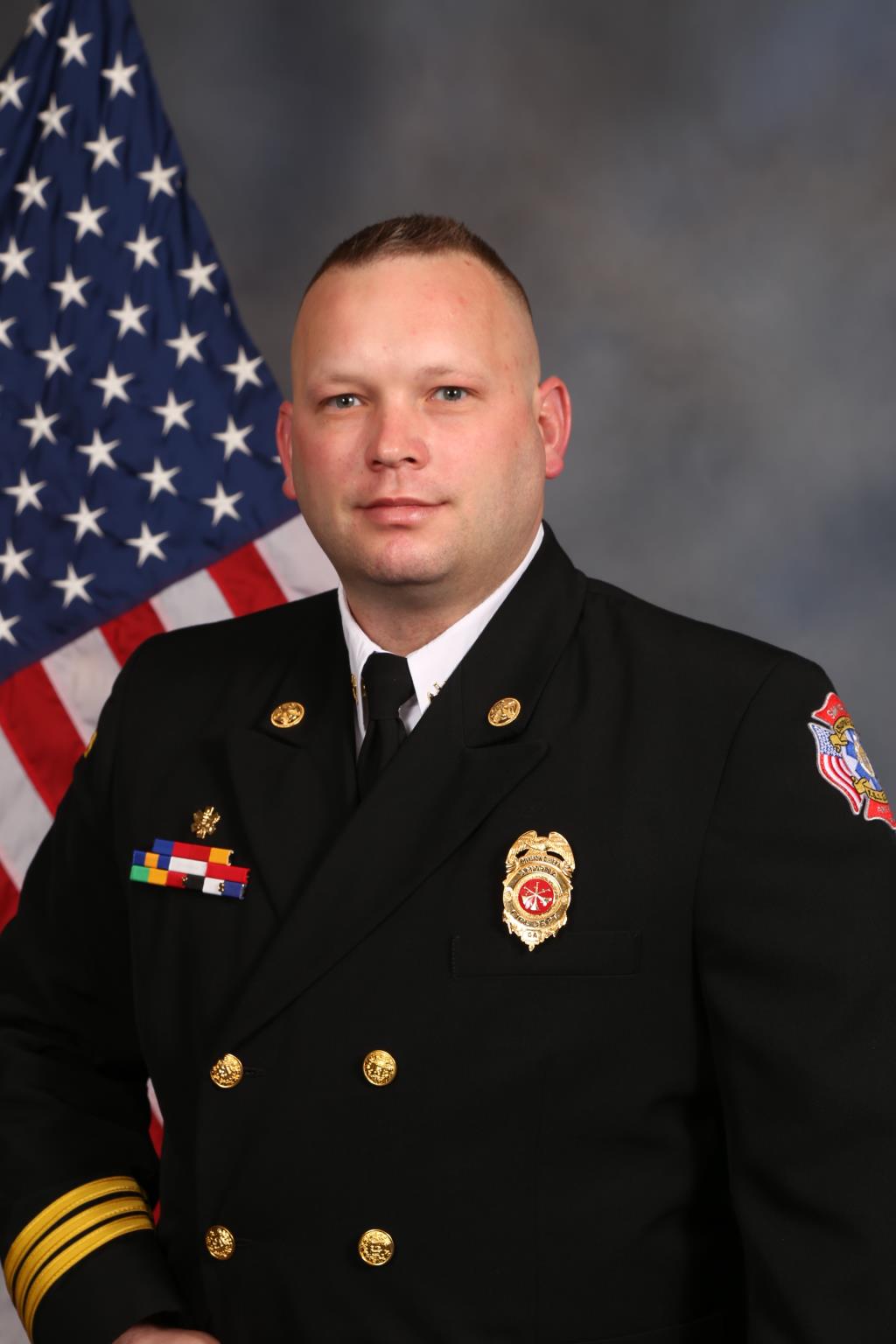 The Bureau of Fire Prevention is responsible with enforcing the State of Georgia's Minimum Fire Safety Standards. Our goal is to educate the public in taking precautions to prevent potentially harmful fires end educating them in fire survival. It is a proactive method of reducing emergencies and fire damage. Fire prevention is everyone's concern.

The primary functions of the Fire Prevention Division are:

In January 2020, Chief Davey received an appointment to the position of Fire Marshal for the City of Smyrna and began leading the Fire Prevention Division.

He is a Nationally Certified Fire Officer IV and has earned college degrees in Fire Science and Public Safety Leadership. Chief Davey is a Command College graduate and holds a Master of Public Safety Administration degree from Columbus State University.  Dustin is a Certified Emergency Manager through the Georgia Emergency Management Agency/Department of Homeland Security, Georgia Certified Paramedic, Georgia Certified Firefighter, Fire Inspector, Fire Investigator and is a Georgia P.O.S.T Certified Peace Officer.  He is a Nationally Certified Fire Investigator and Fire Inspector and recognized as an adjunct instructor in the fire investigation training program at the Georgia Fire Academy.

Chief Davey is the recipient of the 2007 City of Smyrna Public Service Award and was named Firefighter of the Year in 2009.