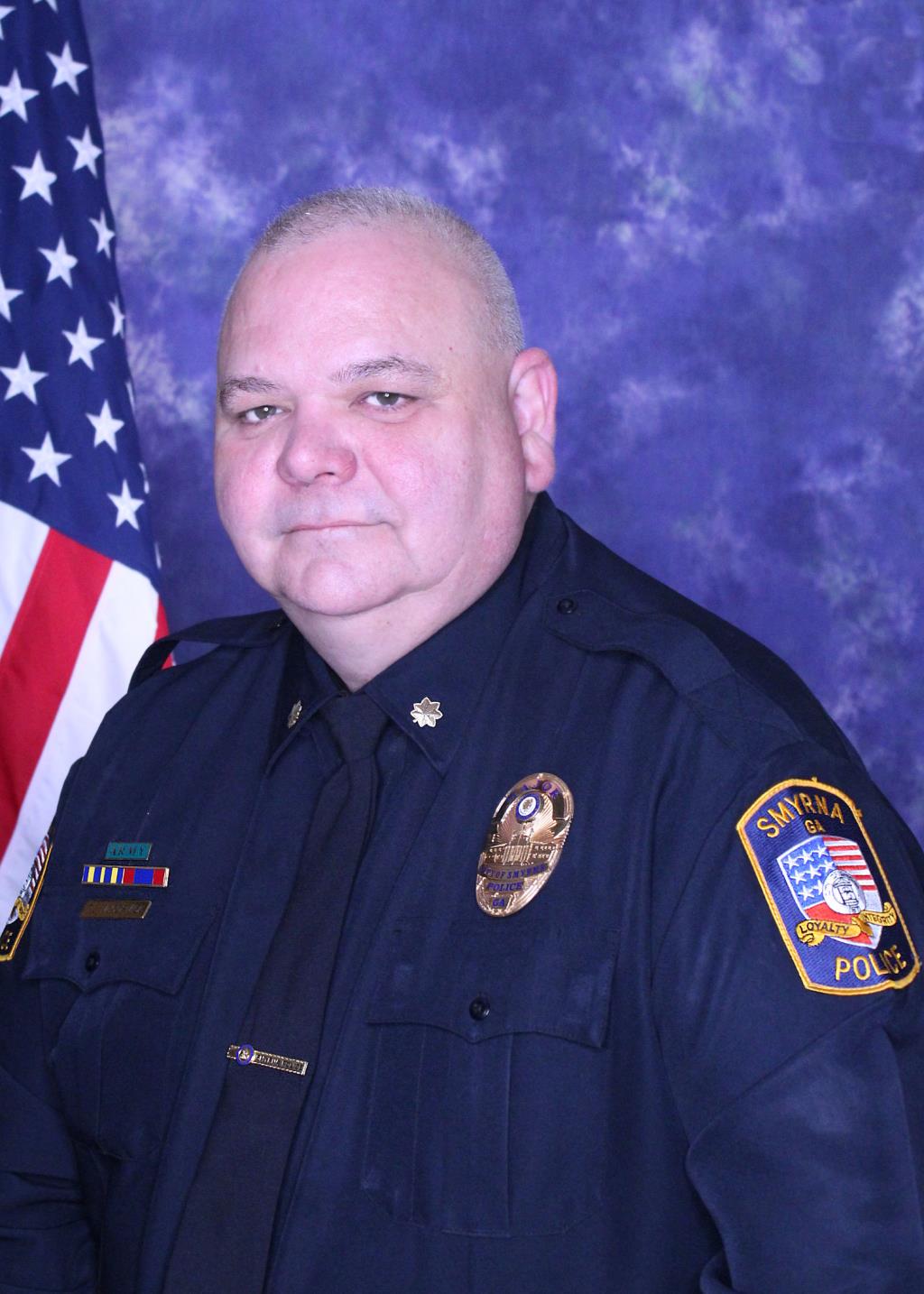 It is the goal of the Administration Division to maintain the most accurate accounting of the department’s budget and records systems and to provide the Chief of Police with a real time picture of the department’s financial and statistical standing.

Major Terry McCormick grew up in Georgia and graduated from Campbell High School. After high school Major McCormick joined the United States Army and has received 30 awards, ribbons, and medals throughout his 28 years of service. When Major McCormick retired from the Army he had achieved the rank of Sergeant Major.

Major McCormick joined the Smyrna Police Department in September of 1990. He was then deployed for Desert Storm and upon his return in 1992, was awarded Officer of the Year. During his tenure here he has served in several capacities including, Honor Guard, Sniper Team, Lieutenant in the Patrol Division, Special Operations, and Office of Professional Standards, Commander of the Criminal Investigation and Uniform Patrol Division, and now Major of the Administration Division. In 2013 he received Officer of the Year again for being awarded the Life Saving Award and the Meritorious Service Award.

Major McCormick has obtained his Bachelor's and Master's in Criminal Justice Administration and his Advanced, Supervisory, and Managerial Certifications.

Terry McCormick has been married for 26 years and is a Scout Master for Boy Scout Troop 836.